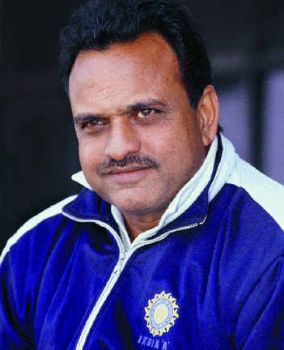 Yashpal Sharma was an Indian batsman playing in the middle order with a career span of around six years. Having a defensive approach, he had a remarkable contribution in the 1983 World Cup.

Born in Ludhiana, Punjab, Yashpal Sharma started his international cricketing career in 1978 against Pakistan . In 1979 his test debut was against England. He was a right handed batsman and acted as an occasional wicket keeper too.  In his lifetime he has played a total of 37 international tests and 42 ODIs.

He first came into the limelight when he played against Jammu & Kashmir at school level. He scored a whopping 260 in the year 1972. He played exceptionally well in Duleep Trophy but still missed the following Australian tour. In 1979 he went with the Indian team as a part of the World Cup squad though he did not perform. But following the World Cup, there was a series of three tests where he scored 884 runs at a mean of 58. He hit his first test century against Australia. In 1983 he was hit hard on the head at Port of Spain by West Indies fast bowler Malcolm Marshall, that compelled him to retire.

He rendered some average performances, but was fortunate enough to be a part of the memorable 1983 World Cup where India had clinched the title. He gave some remarkable performances this time by scoring 89 in the opening match against West Indies and 61 in the semi final match. However, his performances were gradually deteriorating that hampered his career immensely.

After retirement he concentrated on his career as an umpire for few years.  He has even worked for the Indian railways and played a few matches under Railways team. He has also been a selector for the Indian cricket team at the national level.