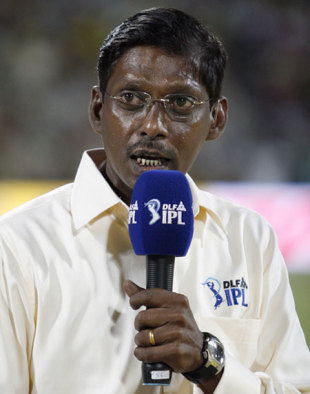 Laxman Sivaramakrishnan was one of the most talented spin masters of the Indian cricket team. His bowling spell bamboozled the opponent team paving the path to victory.

His glorious career began at an early age of 12. The attention focused on him for his 7 wicket haul in lieu of 2 runs in the Madras interschool championship game. From that period his successful journey of cricket career began. At the age of 16 he played wonderful spells in domestic cricket shining in matches like Ranji Trophy and Duleep Trophy. He was also the youngest of the Under 19 Indian squad that went on the Sri Lanka tour in 1980 under the captaincy of Ravi Shastri. His international career began in 1982/83 when he was seleted for the Pakistan and later West Indies tour. His most memorable spells were 6 for 64 and 6 for 117 against England in a test match played in Bombay.  Siva’s leg spinning bowling proved to be a game changer. Currently he is one of the most reputed cricket commentators.