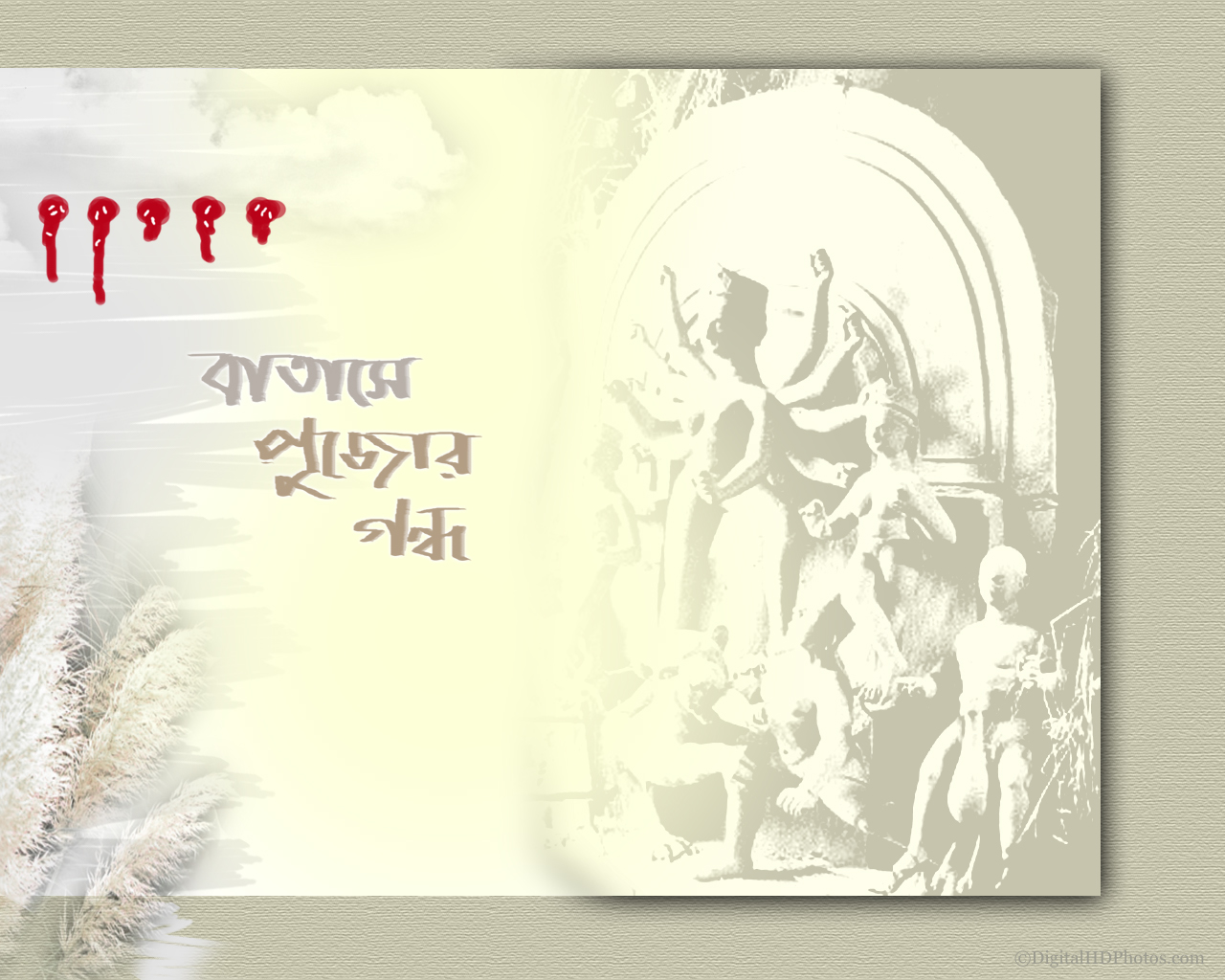 Goddess Durga is the embodiment of Energy – ‘Shakti’ – the eternal, potent, ethereal cosmic energy which governs and regulates the whole universe, the celestial bodies and the material world. She is the universal Mother who ‘wombed’ the cosmos, and is the personified power and energy of God – ‘Purusha’, in female form – Prakriti’. Prakriti is to Purusha, as ‘combustibility is to fire’, or ‘verb’ is to ‘noun’; the active omnipresent ‘Energy’ of God which was never created, nor will ever finish up. From the ancient Indian scriptures, especially the ‘Durga-Saptashati’, it is quite evident that, Durga is one of the most important and powerful deities in Hinduism and has appeared many times, and in many forms, and saved the creation and mankind from the forces of darkness and evil.

Durga Puja is an Indian festival, mainly of the Bengalis, as also for many of the other Indian states, but is now celebrated across the world. It is a 5-day celebration, beginning on Shashthi, the 6th day of the brighter fortnight of the Hindu month of Aashvina, the day when the Goddess is evoked by the holy rituals, worshipped with many other rituals and offerings, along with her two celestial sons Kartika (representing power and beauty) and Ganesha (representing success and attainment), and two other Goddesses Lakshmi (symbolizing prosperity and fortune) and Saraswati (the embodiment of knowledge and wisdom), through the days of Saptami, Ashtami, Navami and finally ending on the 10th day- Vijaya Dashami, the day when the Goddess is greeted by women with vermilion and other rituals and then immersed usually in the holy waters of the river Ganges with immersion procession, beating drums and other instruments. People greet each other and exchange hugs and sweets.

Historically, the first celebration of Durga Puja began more than 700 years ago in Bengal by an influential king. In modern times, Durga Puja is celebrated with much enthusiasm, pomp and grandeur, especially in Kolkata, the ‘Cultural Capital of India’, where millions of people get directly involved in the fun and merriment of the gala.

People indulge in shopping garments, night-long pandal-hopping, wearing new clothes, eating out, cooking new recipes, take part in cultural programs and many other forms of entertainment. Even thousands of foreigners from around the world visit the city to witness this extremely popular festival and be a part of it.

The whole city effulges with garlands and patterns of colorful lights. Thousands of huge and beautiful pandals, made for the Goddess, are pure forms of art and aesthetics. The ‘City of Joy’ turns to a land of dreams. The natives return home and join their families and friends. It is also the time of the Bengalis to brush up their cultural skills, since it is during this season that hundreds of magazines and newspapers publish their special ‘Puja’-editions containing works of top writers, while the music companies release their special albums for the season.

A five-day holiday is observed almost in all working places. These five days are the holidays and celebrations all Bengalis from around the world look forward to. Probably, Durga Puja is the biggest Indian festival from the standpoint of celebration, spirit, grandeur, and participation, and has established its identity, prestige and position by its own right beyond the boundaries of religion, culture and society. Thus, the festival has rightly been defined as the ‘Durgotsav’- the festival of Durga, or ‘Shaaradotsav’- the fest of the Indian season of ‘Sharat’.